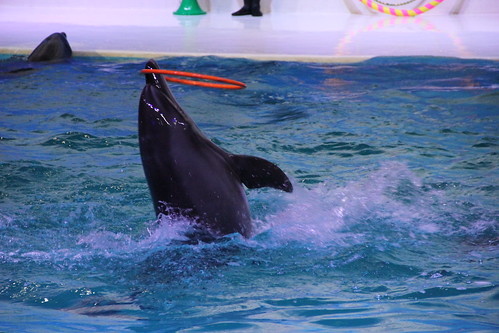 Before I sign off on Dubai posts, I have to write about the place where Varun laughed and squealed the most – Dubai Dolphinarium.

We had spent the earlier part of the day at Ski Dubai so this was a befitting part 2 of the focussed day. The Dolphinarium is in Children’s City – a little bit further from Dubai Mall. Mostly we saw locals, kids celebrating birthdays and other little kids with their parents on vacation.Varun has a small blue toy dolphin that he loves. He used to play with it in India and I think it’s probably lost somewhere in the move. So when he saw pictures of the Dolphins in various brochures his eyes went wide as he literally yelled “Look, mama, Dolphins”!

The show is in an indoor air-conditioned auditorium. It is about 90 minutes long and has a musical and magic tricks ( they call it illusions) part which IMO was totally unnecessary and boring for kids. It was hard to keep kids engaged during that part despite the beautiful acrobatics. 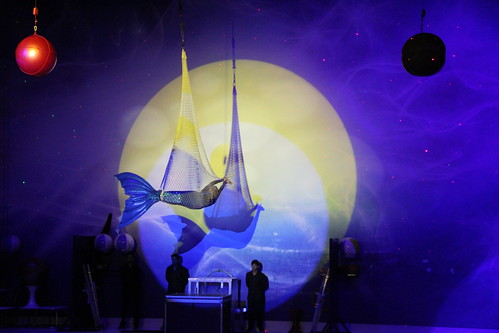 Varun kept asking me when the dolphins and seals would arrive. Finally when they did, he was jumping up and down in his seat, clapping and cheering like I have never seen before. 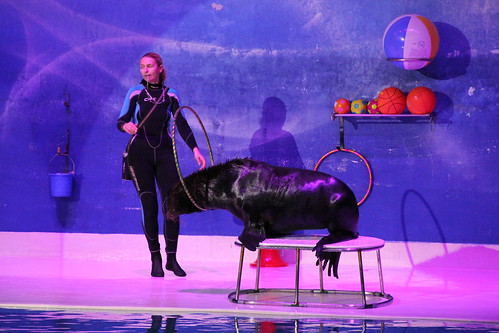 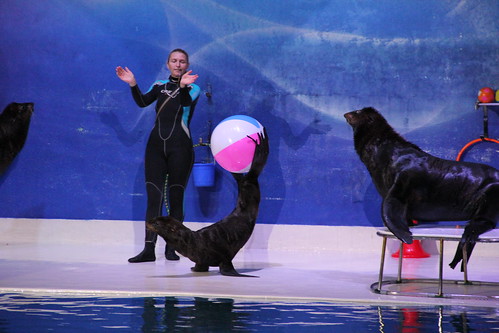 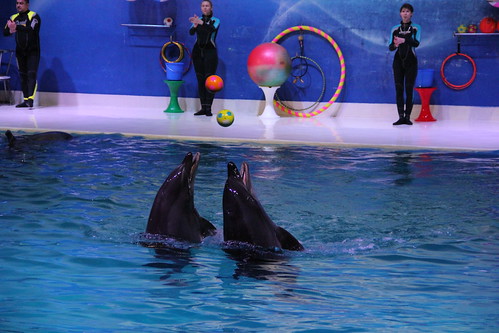 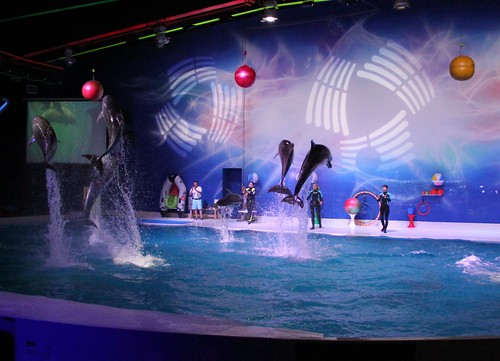 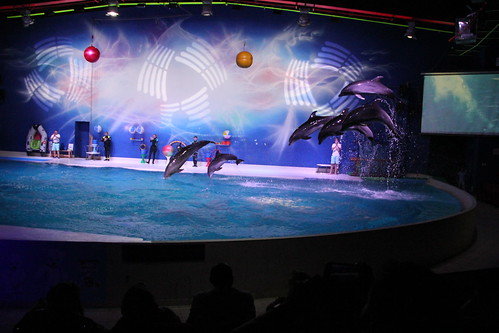 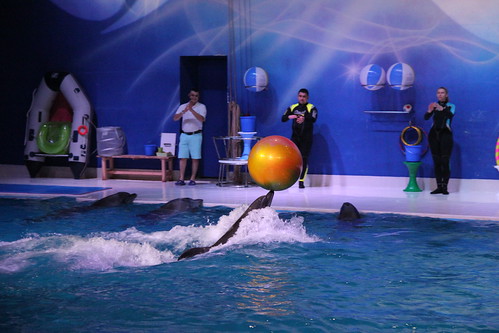 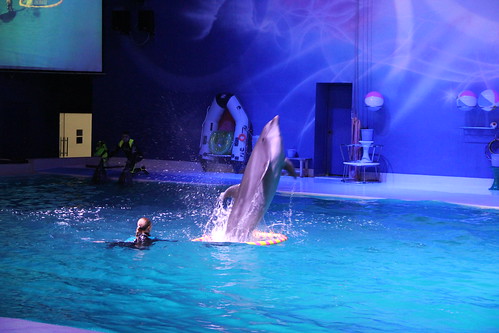 If you do have little kids, do take them here. The Children’s City has other kid friendly things to do like slides, park, planetarium, nature and space center etc. Its worth heading out that way even if you have seen Dolphin shows else-where. Keep in mind transportation back after the dolphin show is a bit iffy and you have to wait for a cab to show up.

We headed from here to see the musical fountains. I think we saw them thrice all in all. As we stayed fairly close to the Dubai mall it was one free indulgence which we loved.

A very kid friendly, safe and cosmopolitan city, we truly loved Dubai. We hope to visit again when the kids are older and we can do some crazy adventure the emirate has to offer: Zorbing, Indoor Sky diving, Hot Air Balloon Ride over the desert, just to name a few!